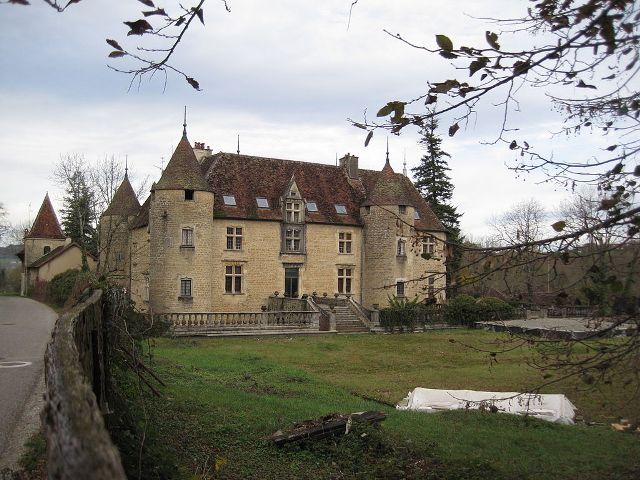 Location: Domblans, in the Jura departement of France (Franche-Comté Region).
Built: Restored 19th century.
Condition: In good condition.
Ownership / Access: --
Notes: Château de Domblans is in Domblans in Jura, Franche-Comté. The castle built along the Seille belongs to the lords of Charrin. In 1444 the squire cupbearer and the Duke of Burgundy Claude Vautravers bought the lordship of Domblans and the castle to the heirs of Antoine Lord Toulongeon. In 1446 he received the Duke of Burgundy Philip III (Philip the Good) permission to rebuild the original castle after the damage suffered by the Hundred Years War. The castle was then owned by the family Timonet Gaudières who sells it in 1817. It is fully restored in the nineteenth and twentieth centuries. The current owner Jean-Marie Adam (interior designer and decorator a hundred nightclubs) operates since thirty years in his castle disco "The Babylon."