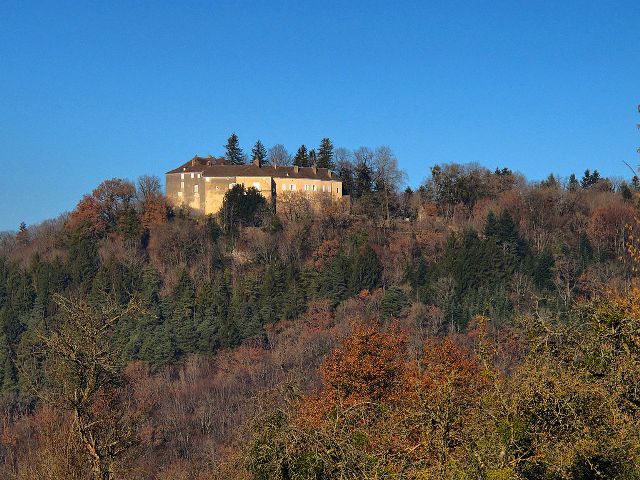 Location: Châtillon-sur-Lison, in the Doubs departement of France (Franche-Comté Region).
Built: 13th century.
Condition: In good condition.
Ownership / Access: Private property.
ISMH Reference Number: PA25000030
Notes: Château de Châtillon-sur-Lison is a protected historical monuments castle, located in the municipality of Châtillon-sur-Lison in the French department of Doubs.The presence of the castle is attested since the nineteenth century, but the current location dates from the thirteenth century. The surrounding land and the castle at that time gave the name to a now defunct house (House of Châtillon). The castle then passed to the fifteenth century in the hands of the Montagu family by Ottonin Montagu.The castle suffered campaigns of improvement / restoration in the sixteenth and eighteenth centuries. The house and some outbuildings are subject to a registration as a historic monument since December 4, 2002.