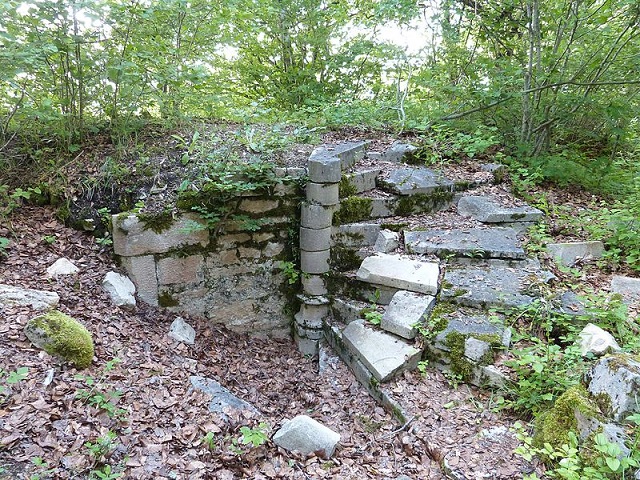 Location: Publy, in the Jura departement of France (Franche-Comté Region).
Built: --.
Condition: Ruins.
Ownership / Access: Sires de Binans.
Notes: The castle of Binans is located on the town of Publy in the Jura department in Burgundy-Franche-Comté region.Perched 634 meters above sea level at the top of a mountain in the Côte de l'Heute, the ruins of the castle overlooking the Ain valley and the first plateaux of the lower Jura chains are located in the town of Publy en Overhanging the hamlet of Binans. The first known lord of these lands is Roland de Binans from the family of Coligny living in 1147. The Lordship of Binans (Bynan, Bignant or Binant) called barony, originally included the castle and city of that name, as well as the boroughs of Blye, Nogna, Poitte, Verges, Publy, and Briod. The date of the building of the stronghold is not known exactly (twelfth century?). It was defended by walls and towers, then by ditches dug in the rock with access by drawbridge. The square dungeon was imposing. A chapel dedicated to Our Lady and St. John the Baptist occupied the first floor of one of the towers. A circular cistern received water from the roofs of the castle.