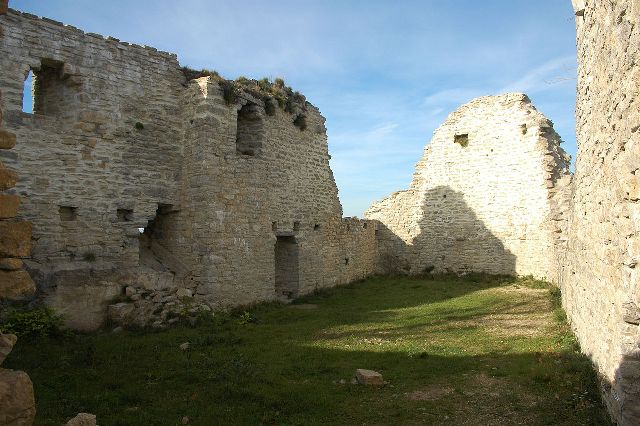 Location: Oliferne, in the Jura departement of France (Franche-Comté Region).
Built: 12th century.
Condition: Ruins.
Ownership / Access: --
Notes: Château d'Oliferne was built around 1230 by Jean de Chalon. At 807 m altitude, 500 meters above the Ain Valley, Mount also dominates the valleys of the Bienne and Valouse. The Roman colonies established here an observation tower to control navigation on the Bienne and Ain. The castle was destroyed in the sixteenth century by the troops of Henry IV, but the ruins still exist today in the form of remnants of the keep, curtain walls and outer walls. A restoration project is led by the Adapemont (Association for the Development and Planning of the Small Mountain).