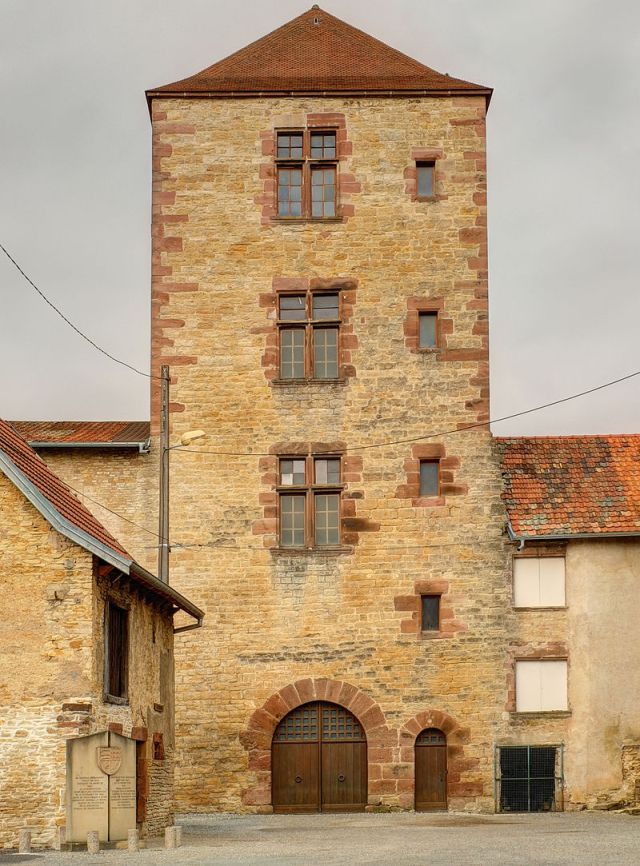 Location: Hericourt, in the Haute-Saône departement of France (Franche-Comté Region).
Built: 17th century.
Condition: In good condition.
Ownership / Access: Owned by the town.
ISMH Reference Number: PA00102193
Notes: Château d'Héricourt is a castle of the twelfth century in Héricourt in the department of Haute-Saône. It is the subject of a classification as historical monuments since November 15, 1913. No specific date can be given for its construction, but the first mentions of the castle date back to the twelfth century. The fortress of the Middle Ages was composed of several towers and imposing walls. Only one of the towers (the big tower or Tour of Spain) is still visible today. In 1561, when taking the castle by Ulrich, Duke of Württemberg troops, decision is described thus: "Castle Hericourt éiait built and made up of four beautiful large towers good fabrics and materials, surrounded by good walls and 'a ditch. There was a drawbridge and double doors tightly closed. There were fourteen well furnished rooms, as silk beds, tapestries, furniture than others; even there we saw a silk sky with small silver bells, all of great value; silver plate was worth five or six thousand francs. This castle was fully stocked artillery; munitions of war are not lacking, and if there was it grains and wines compéteremment. One of the canons, which was taken in Montbeliard, called the Shepherd of Héricourt, and was so large that a man could put in it. Its length was five feet. The same city, surrounded by a high wall and a ditch, had only two doors. She then had a population of 102 heads of households. There were 584 in the villages of the manor. "