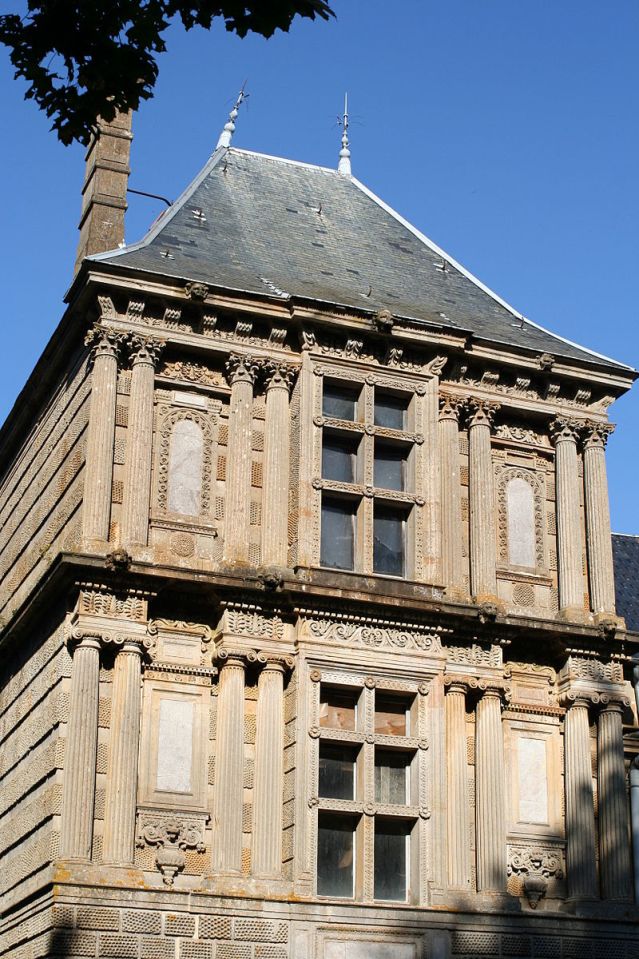 Location: Le Pailly, in the Haute-Marne departement of France (Champagne-Ardenne Region).
Built: 1563.
Condition: In good condition.
Ownership / Access: State property,
ISMH Reference Number: PA00079072
Notes: Château du Pailly is located in the town of Pailly, 13 km from Langres, in Haute-Marne. It is considered the most prestigious example of architecture of the Renaissance Champagne-Ardenne. Castle of Pailly is Ionic and Corinthian style. The castle is classified Background1 monument."Renaissance jewel", the castle of Pailly was built in between 1563 and 1573 on the site of an ancient castle for the "very noble and illustrious" Gaspard de Saulx-Tavannes, marshal of France, companion King Francis I of weapon by architect Nicolas langrois Ribonnier. The archives mention indeed the existence of a plain old castle in the thirteenth century. The latter would have been completely destroyed in retaliation for the oppression of the local lord. At the end of the fifteenth century, Jean Dommarien, Lord of Pailly, undertakes to make a stronghold. From this time remains only the keep. On the death of Jean Dommarien, which leaves no heir, the castle returns to the bishop of Langres. Then the Saulx-Tavannes family bought the lordship of rights and Gaspard de Saulx-Tavannes decides the reconstruction of the castle and established his residence. Then gradually abandoned by the family of Saulx-Tavannes, it was bought by a family of Franche-Comte in 1764, he was "invaded and looted by the people of Heuilley Cotton in 1793," in full revolution. It was then confiscated and sold by the central administration of the Haute-Marne in 1799. The castle comes alive at the end of the Napoleonic period with the family of Breuil Saint-Germain who acquired it in 1821. Breuil Saint-Germain restore the update turret, chapel, fireplaces, bas-relief, the corner flag on the staircase and courtyard garden to the French probably refurbished in the late nineteenth century or early XX. The family will sell the 1936 Agricultural Mutual East. During World War II, the Germans will install the Kommandantur.It is property of the State depuis 1963.