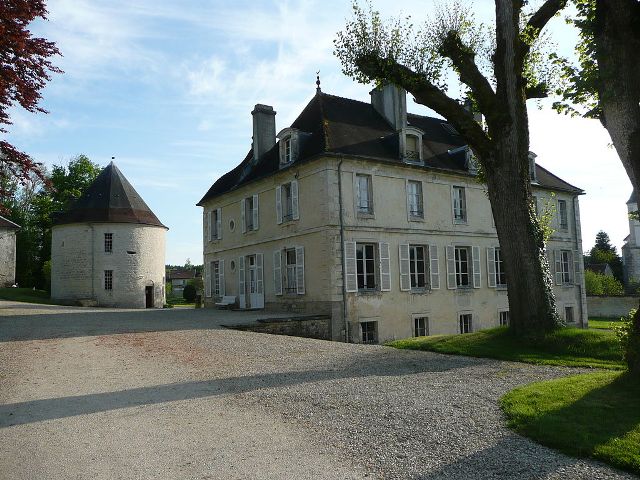 Location: Villars-en-Azois, in the Haute-Marne departement of France (Champagne-Ardenne Region).
Built: 16th century.
Condition: In good condition.
Ownership / Access: Owned by a Private company.
ISMH Reference Number: PA00079269
Notes: Château de Villars-en-Azois is a French château located in the commune of Villars-en-Azois, 5.6 km from Laferté-sur-Aube and 18 km from Châteauvillain in the department of Haute-Marne; it dates from the sixteenth and eighteenth centuries.The castle is the subject of a registration as a historic monument since 26 August 1988.Villars territory has always been included in the territory of Langres long followed the fortunes of the ancient city. After the conquest of Julius Caesar, he was part of the first region "Lyonnaise". During the Frankish period, the death of Clovis, it passes under the rule of Theodoric II, king of Metz. In 501 under Childebert II, he moved to the kingdom of Burgundy, and continues to belong to the Burgundy until the end of the Merovingian dynasty. Under the Carolingians, it is part of Francia Orientalis. It was at the end of the twelfth century that mention is made of Villars-en-Azois. It appears to be within the Manor of Laferté-sur-Aube. Because of this dependency, this village as suzerain the powerful Counts of Champagne (which François de Bretagne Count of Virtues and Laferté-sur-Aube, bastard brother of Anne of Brittany, son of Francis II last Duke of Brittany, whose mother Marguerite d'Orleans was Countess of Vertus) for which, they pay homage to the Bishop of Langres.

How To Get To Château de Villars-en-Azois (Map):