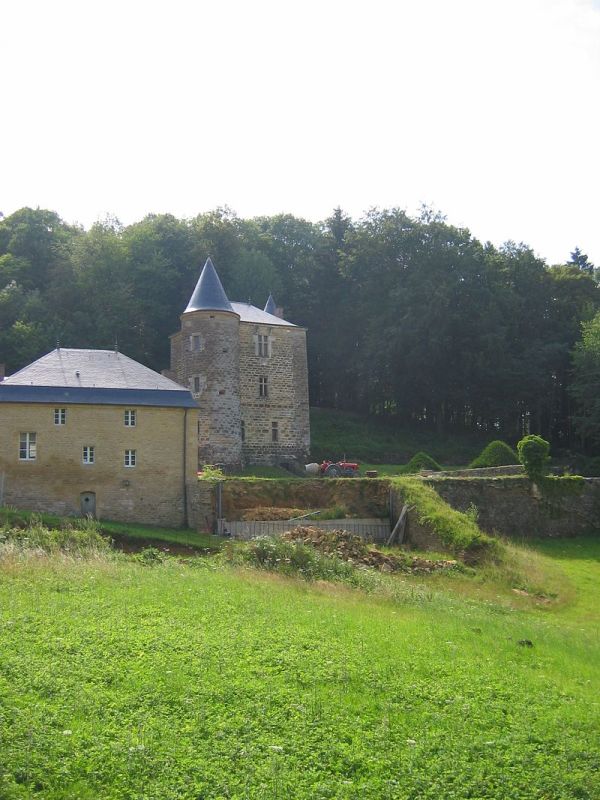 Location: Chéhéry, in the Ardennes departement of France (Champagne-Ardenne Region).
Built: 16th century.
Condition: In good condition.
Ownership / Access: Privately owned.
ISMH Reference Number: PA00078421
Notes: Château de Rocan is a castle Chéhéry in France, built in the sixteenth century, leaning against a hill facing the Valley Bar."Very few Ardennes castles retained their feudal appearance to the same degree as the rocky Rocan" - Suzanne Briet.The building includes a powerful residential wings, square, ten meters wide, with two cylindrical towers, joined on two opposite angles. The main part and the towers have the same elevation on three levels. A staircase, placed in the cylindrical tower on the back when viewed Castle Valley, serves all three levels. The rocky and feudal appearance is given by the general form and masonry, thick, and parementées seated in large rectangular blocks cut into rustic bosses. protruding brackets at the eaves remain a now defunct gatehouse. The cylindrical towers are equipped with gunboats to splay replacing the rectangular stone blocks.Between a photograph of the castle in 1963 and a current photograph, there is a restoration work, especially on the openings to restore their original form.

How To Get To Château de Rocan (Map):