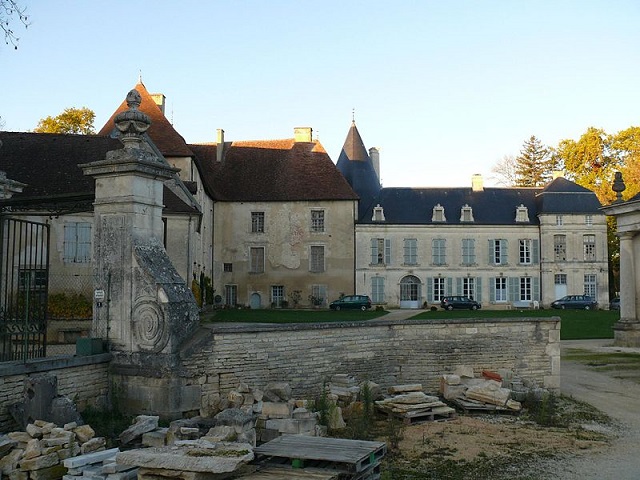 Location: Les Riceys, in the Marne departement of France (Champagne-Ardenne Region).
Built: 1086.
Condition: --.
Ownership / Access: Private.
Notes: The castle of Ricey-Bas is a castle located in Riceys, France.Robert of Ricey had a strong house built in 1086, this dungeon was destroyed by the king. In 1424, Nicolas Rolin had a new castle built on this land which had been given to him by the Duke of Burgundy. This castle was a residence of the bishops of Chalons-sur-Saône. Marie d'Amboise who is the stronghold of the fief modifies the castle in 1450, especially two towers. It is at Anne de Laval that one of the towers owes its name, it made build a new tower of twelve meters in diameter in 1506 as well as a gallery. The lordship became marquisate in 1659 for Louis Vignier. The building is listed under historic monuments in 1967, and classified in 1979 and 1985.