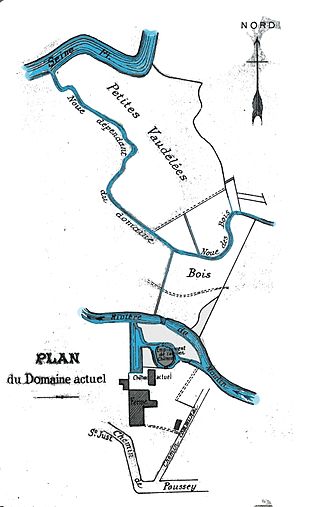 Location: Maizières-la-Grande-Paroisse, in the Marne departement of France (Champagne-Ardenne Region).
Built: 14th century.
Condition: --.
Ownership / Access: Sires of Poussey.
Notes: The castle of Poussey is a construction from a manor house of the commune of Maizières-la-Grande-Paroisse in the Aube. It was the seat of one of the four baronies belonging to the Bishop of Troyes.It had a mill, woods, a manor house with four towers and a drawbridge and a wall that surrounded the castle. It is mentioned as early as 9142. It formed one of the baronies of La Crosse.