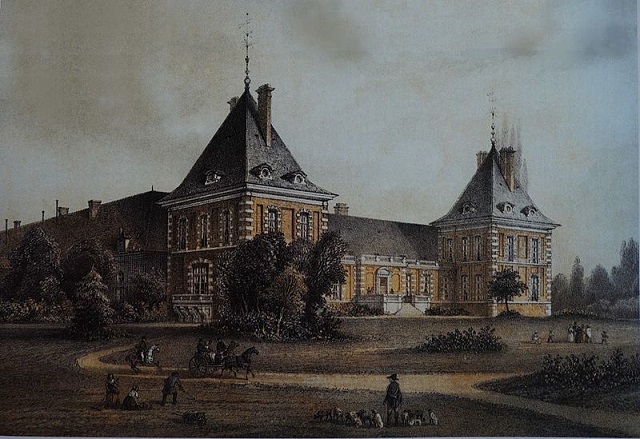 Location: Polisy, in the Marne departement of France (Champagne-Ardenne Region).
Built: 14th century.
Condition: Ruined.
Ownership / Access: Private.
Notes: The castle of Polisy is a castle located in Polisy, France.One can trace a fortress since the fourteenth century which was protected by two sides by streams and the other two by flooded ditches. Itier V of the Broce who had a house there, holding the river Seinne ... arse des Bretons. It had among other buildings a wine press. It was renovated in 1537 and 1555. In 1537, Jean de Dinteville retired to Poligny and landscaped it. The works begin with the lower court. The latter consists of an entrance wing, a barn, old stables and independent dwelling. The entrance wing includes the passageway, the well, the old dairy and the cellar. The barn and stables are ruined. In the 1830s the restructuring is completed by a new dependency which offers a serlienne. The castle was damaged by a fire in 1992. Its facade on courtyard faces the seigneurial chapel which opens by a large bay on the choir of the church. In the castle of the XVIth century, there remained only an enamelled pavement on which were found: "FIDES SPES CHARITAS, which are the qualities attributed to John IV.On the door of the barnyard was:" 10 † de Dinteville Condebat 1537 "; In the cellar: "LAN OF GRACE MD XLVIII JEHAN OF DINTEVILLE BAILLY OF TROIES AFTER HAVING TO COMPLETE THE LOW COURT STARTS ..." on a pillar.