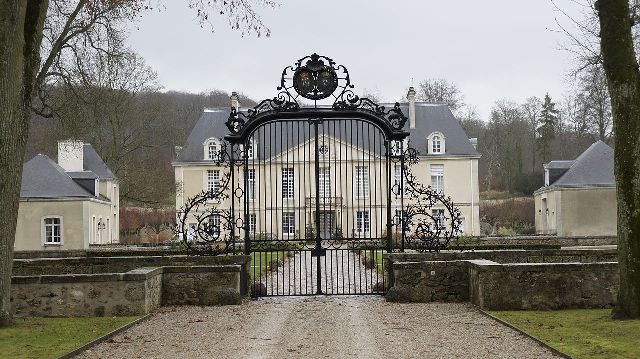 Location: Louvois, in the Marne departement of France (Champagne-Ardenne Region).
Built: 13th century.
Condition: In good condition.
Ownership / Access: --
Notes: Château de Louvois is a castle located in the town of Louvois in the department of Marne.The first castle of Louvois was created at the beginning of the thirteenth century as a simple manor, Left property Châtillon and family Cramaille. In this period there remains the moat, cellars, prison. When it was acquired by Michel Le Tellier, Marquis de Barbezieux and Secretary of State for War of the young King Louis XIV, the property was erected in marquisate and was part of the marriage dowry of his son François-Michel Le Tellier with hectares of vineyards and lots of wood. Coordinator of the construction of Versailles after the death of Colbert, the latter built a magnificent castle on plans of Mansart and fifty hectares of gardens designed by Michel Bouteux, a student of The Nôtre. The earthworks and three kilometers of pipes pouring waters Vertuelles and fresh fountain in the large upper basin itself fed the basin 60 feet from the terrace and the four side basins were built under the guidance of Sebastien Prestre of Vauban and the Swiss Guards as labor. He formed a crew in its field for the hunt. Following setbacks, the area became in 1776 the property of Adelaide and Sophie, two daughters of King Louis XV. It is then a duchy-peerage. During the French Revolution the area was destroyed. There remains only the foundations, the entrance gate, the orangery, the ditches, the vertugadin, water supply and large ponds. At its location, was built in the nineteenth century, a simple pavilion classical style with some original materials and a landscaped garden. Today the castle, with its 35 hectares of gardens, is owned by the champagne house Laurent-Perrier. A small part of the historic garden was reconstructed from original plans. The property can not be visited.