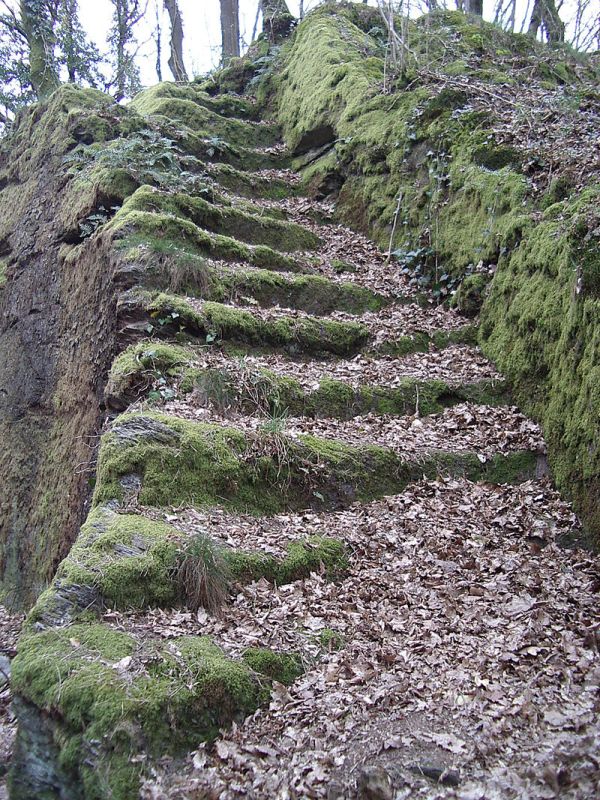 Location: Thilay, in the Ardennes departement of France (Champagne-Ardenne Region).
Built: 1531-1535.
Condition: In good condition.
Ownership / Access: --
Notes: Château de Linchamps is a medieval fortress whose ruins are located on the upper reaches of the French Semoy up to the hamlet of Nohan (common Thilay) in the Ardennes department and whose origins date back between the twelfth and sixteenth centuries.The original date of castral field and its evolution before 1530 can not be determined due to lack of documentation and a complete lack of scientific excavations. The first information we obtained from the early sixteenth century at the time Jean de Louvain (1630) built on a steep hill a fortress, castle Linchamps, where he fleeced populations surroundings and travelers. The castle grounds belonged to the Collegiate Braux and family Louvain have drunk the canons to share the rock against property or would be seized by the force. The castle was destroyed by the royal troops in 1550.

How To Get To Château de Linchamps (Map):