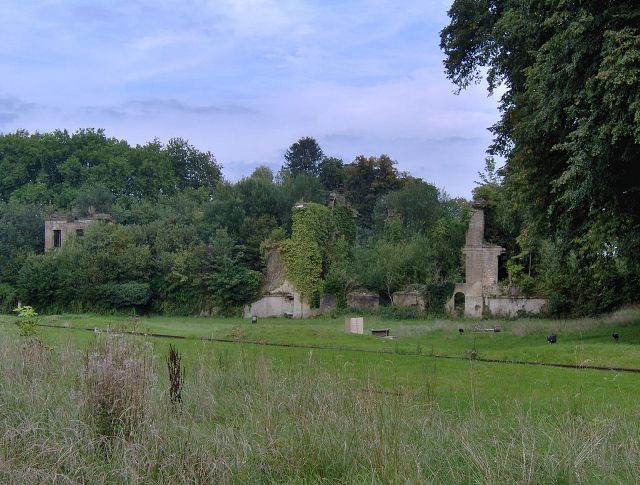 Location: Vendresse, in the Ardennes departement of France (Champagne-Ardenne Region).
Built: 16th century.
Condition: In good condition.
Ownership / Access: --
Notes: Château de la Cassine today is a ruined building in the village of La Cassine, in the town of Vendresse (Ardennes).Cassine Castle was built in 1571 by Louis IV of Nevers.It was bought by the ironmaster Jean-Nicolas Gendarme in 1820 and rebuilt in the nineteenth century by the family truck, his heirs, who passed it by marriage to Cunin-Gridaine.Il was ravaged by fire in 1927.Castle of Cassine is the theater of a great sound and light system with a single mobile bleachers in Europe.