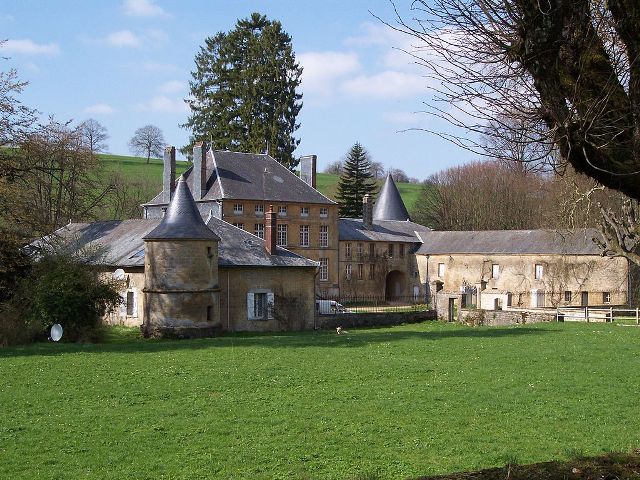 Location: Gruyères, in the Ardennes departement of France (Champagne-Ardenne Region).
Built: 1618.
Condition: In good condition.
Ownership / Access: Privately owned.
ISMH Reference Number: PA08000012
Notes: Château de Gruyères is a castle in Gruyères, in the Ardennes department in France.This is an area that has evolved steadily over the centuries. The decree which approves its inclusion in the inventory of historical monuments highlights "how the castle illustrates the evolution of a house across the centuries" while indicating the architectural quality of the whole. The four main buildings constituting the building keep in effect an overall coherence and elegance, thanks to the use of yellow stones in the slate roof.Gruyère Castle is an old fortress, substituting for a halt to hunting of the counts of Chiny.The oldest parts date back to the fourteenth century. It has been remodeled several times until the twentieth century, these successive developments tapering the military character of the building to improve its appearance and livability, as as threats from external and internal attacks (wars religion, Fronde, etc.) were reduced.