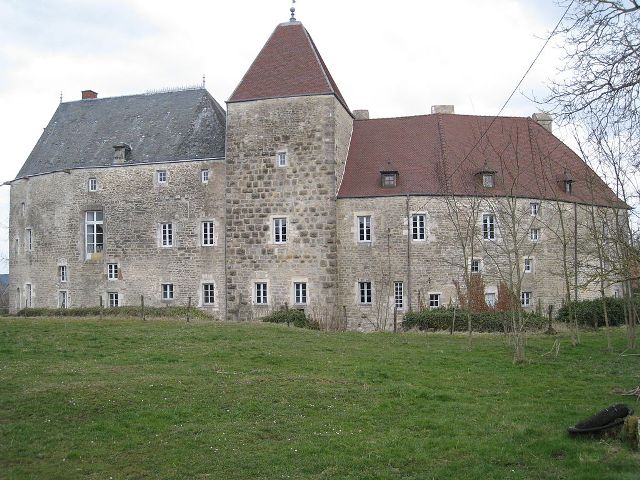 Location: Chalancey, in the Haute-Marne departement of France (Champagne-Ardenne Region).
Built: 17th century.
Condition: In good condition.
Ownership / Access: Privately owned.
ISMH Reference Number: PA00078987
Notes: Château de Chalancey located in the municipality of Chalancey in the Haute-Marne, is registered as an historic monument, dates from the sixteenth and seventeenth century.The rectangular facade with large windows, the circular tower gun added to the enclosure and the ribbed vault of the square tower dates from the sixteenth century.The wing was built in the seventeenth century, in the extension of the house, wrapping the square tower belongs to the same country as the garden terrace around the castle.The apartments were renovated in the second half of the eighteenth century; bedroom alcove with stucco decorations and paintings.