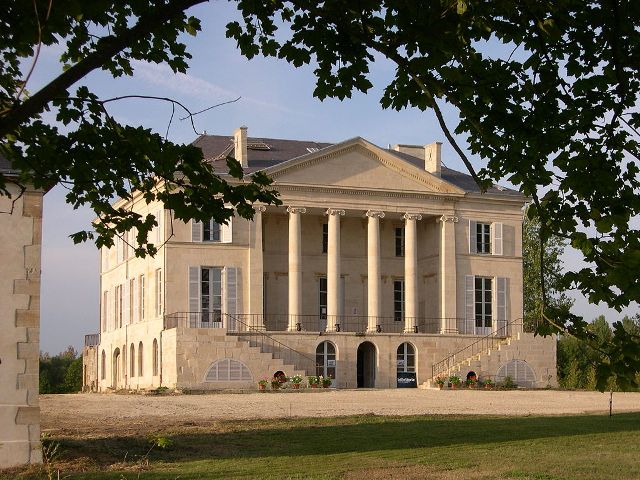 Location: Bignicourt-sur-Saulx, in the Marne departement of France (Champagne-Ardenne Region).
Built: 1807-1837.
Condition: In good condition.
Ownership / Access: Private property.
ISMH Reference Number: PA51000008
Notes: Château de Bignicourt-sur-Saulx is a castle of the nineteenth century in the suburbs of Bignicourt-sur-Saulx.Jean-Baptiste Barbat, rich farmer would have bought in 1778 the old castle built by Pierre Langault after 1658. He was mayor of the village in 1800 and died in 1810. It is not known when the old castle was destroyed Langault Pierre, between 1806 and 1833 (date of the cadastral map showing the new castle) but the joint has not been changed. His son, Jean-Baptiste Barbat Bignicourt became mayor of the town in 1816 and remained until his death in 1847. He married Clementine Andrieux, rich heiress Reims, in 1818, forty-six. 7 The new castle had to be built before that date. The building, which replaced an older castle was inspired by houses built in the Palladian style by Parisian architects in the late eighteenth century. A change was made in the first half of the twentieth century in the back cover that originally had the same stairs as the front façade. The decor and interior layout are partly preserved. The ground floor is reserved for the utility rooms (kitchen, dairy, cellar, woodshed). The first floor includes the main rooms (living room, dining room, library). In 1837, building a small funeral chapel in neo-Gothic style. By decree of 18 October 2005, the castle, the dovecote, bread oven and chapel are classified as historical monuments, the park itself being registered under historiques1 monuments. After being abandoned at various times after the death of the last descendant, the Pauline Door, this private property was purchased in 2002 by Fabrice Provin, who decided to restore it completely and create a guest house. The park hosts a refuge LPO.