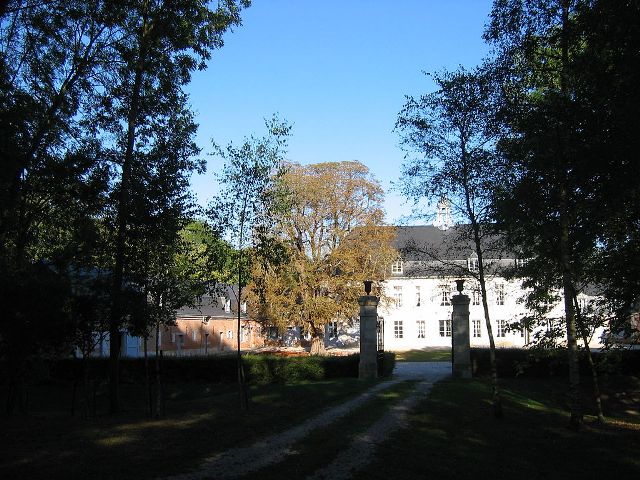 Location: Arnicourt, in the Ardennes departement of France (Champagne-Ardenne Region).
Built: 18th century.
Condition: In good condition.
Ownership / Access: Private property.
ISMH Reference Number: PA08000006
Notes: Château d'Arnicourt is a castle of the eighteenth century, heavily landscaped nineteenth century in Arnicourt, France.The building has a main building, wings and ancient moat. the main building is in chalk on two levels. The roof of the main building and the common are surmounted by a so-called roof "Mansard". The importance of terrasson and low slope of the bell-cast gives it the appearance of a hip roof. The left wing is brick and chalk straight. They are built on one level and surround the courtyard.Of the original building destroyed leaving only a few remnants of which moat. The present castle built by the family of Rémont date of the eighteenth century. It was purchased in 1837 by a man named Gustave Le Bienvenu of busk, and benefited from significant work and the installation on the roof of a carillon which it remains today as the lantern. The building is registered as historical monuments in 2001. The protected elements are: the facades and roofs of the main building; common around the courtyard; the old moat.

How To Get To Château d'Arnicourt (Map):