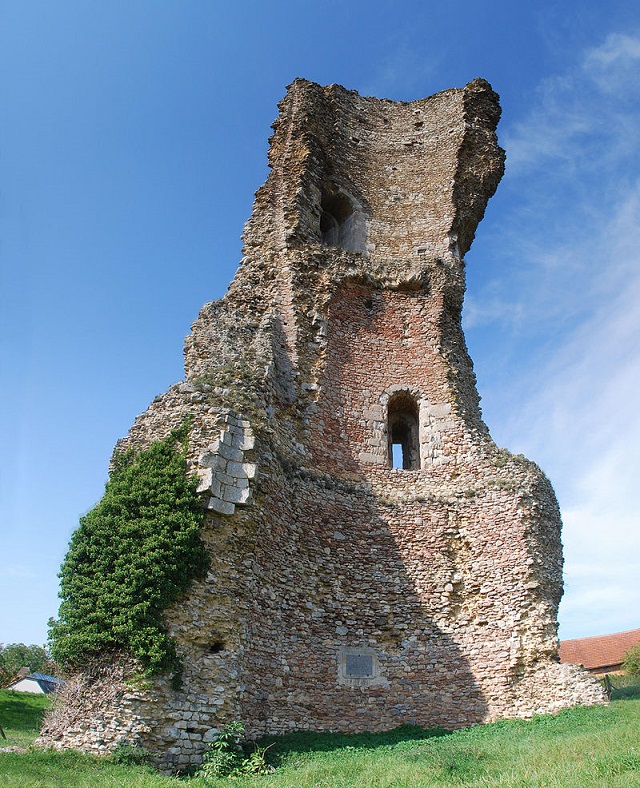 Location: Gallardon, in the Eure-et-Loir departement of France (Centre Region).
Built: 12th century.
Condition: Destroyed.
Ownership / Access: --.
Notes: The tower called the Shoulder, is a feudal keep of the twelfth century, witness of a medieval stronghold, classified historical monument in 1913.Constructed of millstone stones, the dungeon served as a lodge for the guards as a lookout to watch the surroundings of Gallardon. The walls, which were 4.50 meters thick, destroyed the castle in the midst of a hundred-year war, by means of bombardments so powerful that most of the walls were destroyed. At the same time the tower was mined and destroyed partly leaving a ruin of a height of 38 m called Shoulder. Remains of the donjon of the old feudal castle of the commune. These ruins consist of a large portion of blocking masonry crown and some stone elements paired. Some machicolations are still in place. In 1443, the castle was restored to the English by the troops of the Comte de Dunois, who had it destroyed. The building is classified as historic monuments in 1913.

How To Get To Tour de l'Épaule (Map):