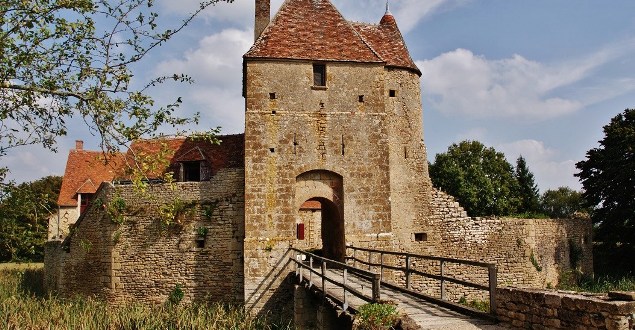 Location: Mornay-Berry, in the Cher departement of France (Centre Region).
Built: 12th century.
Condition: In good condition.
Ownership / Access: --
Notes: Maison forte de Mornay is located on the Grand'Cour the town of Mornay-Berry, one kilometer from the village, in the department of Cher in the region Centre-Val de Loire.The stronghold of Mornay appears in the cartulary of the Abbey of Fontmorigny in 1151. A building is attested for the first time in the middle of the twelfth century.The construction of the present fortress, superimposed on the previous one, since the middle of the thirteenth century. Its location on a line between the Nivernais and Berry made it a key element of defense during the Hundred Years War. In the eighteenth century, the house was restored and became the home of a farmer, who had set her tile-brick factory in the backyard of the castle. Subsequently, a farm took his place.The building is registered as historical monuments since 2009.

How To Get To Maison forte de Mornay (Map):