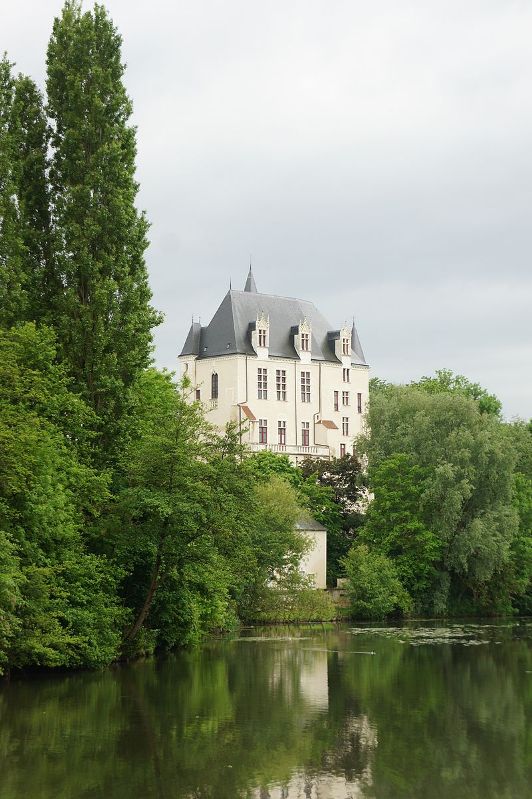 Location: Châteauroux, in the Indre departement of France (Centre Region).
Built: 15th century.
Condition: In good condition.
Ownership / Access: Owned by the department.
ISMH Reference Number: PA00097294
Notes: Château Raoul is located Raoul Victory Square-et des Allies and rue du Château-Raoul in Chateauroux, in the Indre department. It dates from the tenth century and has undergone many alterations and renovations, the latest end 2011. The castle is currently part of the private residence of the prefect and is not open to the public. The facade and roof are registered as historical monuments since 1927.In the tenth century, the lord Raoul, says Broad, or Liberal, son of Ebbes-le-Noble, Prince of Deols, leaves the hereditary village, the birthplace of his family and the capital of its fields and built a fortress on a steep hill on the left bank of the Indre2. From 111 at the latest, the castle is named "Raoul castle" because of the frequent name among the lords of Deols. With its enclosure, including several towers still exist, Chateau Raoul is then a mighty fortress on the border of the area of the King of France and Aquitaine. Shelter from this strongpoint was born a village of artisans and merchants. Castle Raoul gave his name to the city of Chateauroux. The lords of Châteauroux are powerful: their field covers two thirds of the current department of Indre; in the eleventh century, they have their own coinage.

How To Get To Château Raoul (Map):