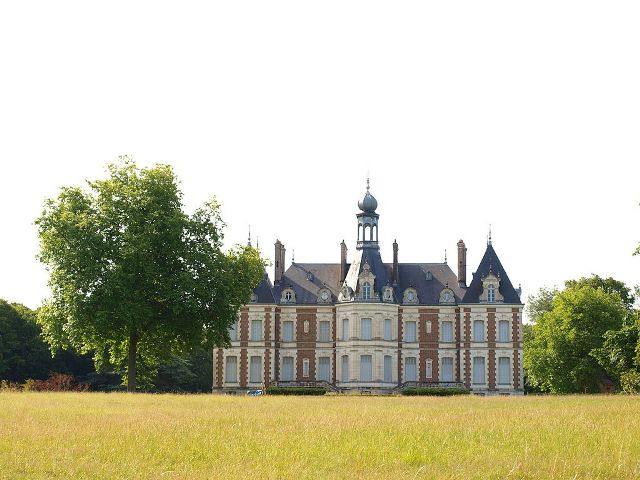 Location: Breteau, in the Loiret departement of France (Centre Region).
Built: 1863.
Condition: In good condition.
Ownership / Access: Owned by a Private company.
ISMH Reference Number: PA00099051
Notes: The Château du Muguet is a French castle located in the town of Breteau in the southeastern department of Loiret and the region Centre-Val de Loire. The castle is famous for hosting the conference Briare, penultimate meeting of the Allied Supreme Council on 11 and 12 June 1940 during the Second World War. The castle was built in 1863 in neo-Louis XIII style according to plans by architect Arthur Froelicher. It is located near the main road 47, of the localities of the Clairditière and Gipauderie, south of the lake of the High Street, on the west of the town of Breteau, towards Ouzouer- on-Trézée. The castle and its stables were included in the inventory of Historical Monuments September 9, 1991.