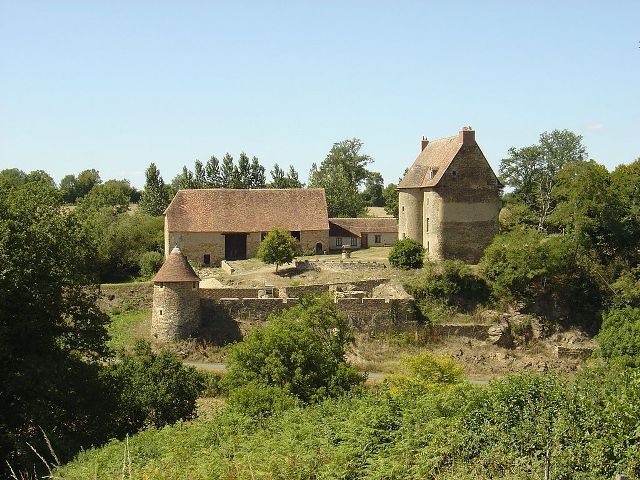 Location: Sazeray, in the Indre departement of France (Centre Region).
Built: 14th-18th century.
Condition: In good condition.
Ownership / Access: --
Notes: Château du Mont is located in the town of Sazeray, in the department of Indre and region Centre-Val de Loire. Castle Mount is mentioned for the first time in 1385, in an act of homage that makes William of Ages, knight, lord of the Mount, for his "place and manor Mont." The castle and the lordship then pass the fifteenth century to the family of La Châtre and are divided between two lords from 1540 to about 1639. The castle was bought and transformed by Sylvain Bridiers Bridiers then by his son Louis, who dies in 1694. the manor, now a report field, then passes through the hands of several families who are not resident there. Anne-Marie de Villaines, Sainte-Severe Baroness, is the latest lady of Mount before the Revolution.