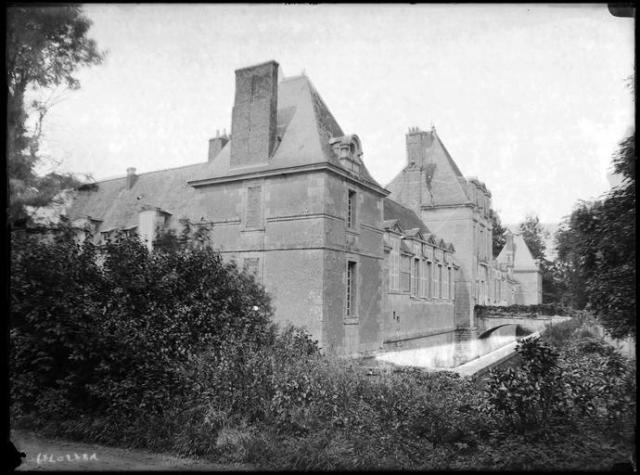 Location: Romilly-sur-Aigre, in the Eure-et-Loir departement of France (Centre Region).
Built: 16th century.
Condition: Ruines.
Ownership / Access: Owned by a Private company.
ISMH Reference Number: PA00097189
Notes: Château du Jonchet Jonchet is located in the municipality of Romilly-sur-Aigre, in the Eure-et-Loir department.Renaissance castle early seventeenth century. Transformed in the eighteenth century by the architect Gabriel de Lestrade, who built including the grand staircase for Louis-Hilaire du Bouchet, Count Sourches. This castle, in a state of ruins in the 1950s, has been restored by the architect Fernand Pouillon (1912-1986) who writes in his Mémoires1. It was later owned by Roger Bellon, owner of pharmaceutical companies of the same name and currently owned by fashion designer Hubert de Givenchy. The monument is the subject of a classification as historical monuments since October 8, 1984.

How To Get To Château du Jonchet (Map):