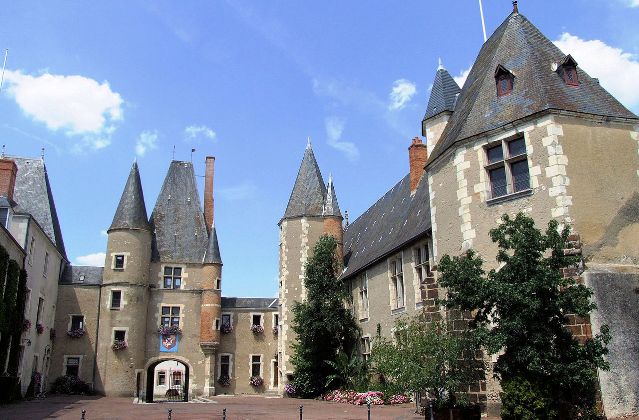 Location: Aubigny-sur-Nère, in the Cher departement of France (Centre Region).
Built: 19th century.
Condition: In good condition.
Ownership / Access: --
Notes: Château des Stuarts is a castle located in the town of Aubigny-sur-Nere, in Cher.The castle is the subject of a classification as historical monuments by the 1862 list.The building is named after Robert Stuart of Aubigny who built in the early sixteenth century. Several modifications and restorations will be made in the seventeenth century and nineteenth century.It is currently used as the town hall and as musée.

How To Get To Château des Stuarts (Map):