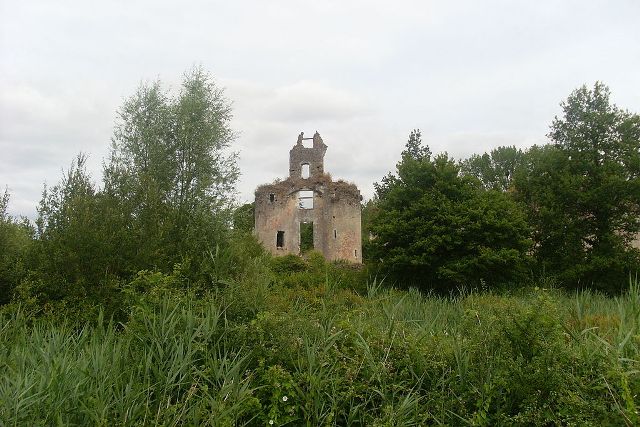 Location: Château-la-Vallière, in the Indre-et-Loire departement of France (Centre Region).
Built: 12th century.
Condition: Ruins.
Ownership / Access: Privately owned.
ISMH Reference Number: PA00097642
Notes: Château de Vaujours is a former Angevin fortress of the twelfth and fifteenth centuries. He belonged to the lordship of Chasteaux-en-Anjou future Château-la-Vallière.The stronghold of Vaujours depended on the Anjou Seneschal Bauge, and the diocese of Angers. Hugh I Alluye of living in 978 in the Lord is the oldest known. The castle of the barons of Chasteaux, was built on the borders of Anjou in order to defend the territory. Construction of the castle Vaujours can be attributed to Hugues VI Alluye or Rotron Montfort to 1250. During the Hundred Years War, the fortress was never taken by the English. A major restoration was done in the fifteenth century. Then Jean V de Bueil, nicknamed "the English Scourge" made defenses such as the castle became impregnable. He died much later in 1477. Louis XI stayed there during his visits in Anjou, in his natural sister, Jeanne de France, daughter of Charles VII and Agnes Sorel. Jeanne, married Antoine de Breuil, son of Jean V de Bueil. The Sire de Bueil welcomed King 3 June 1469 before being received into the Order of Saint Michael. Louis XI went back 17 September 1470 and 2 October 1471. Under the Old Regime, the castle was bought by Louis XIV in 1666 and offered it in 1667 to his former mistress, Mademoiselle Louise de la Valliere, as a consolation prize of the Sun King and became Duchess of La Valliere and Vaujours.

How To Get To Château de Vaujours (Map):