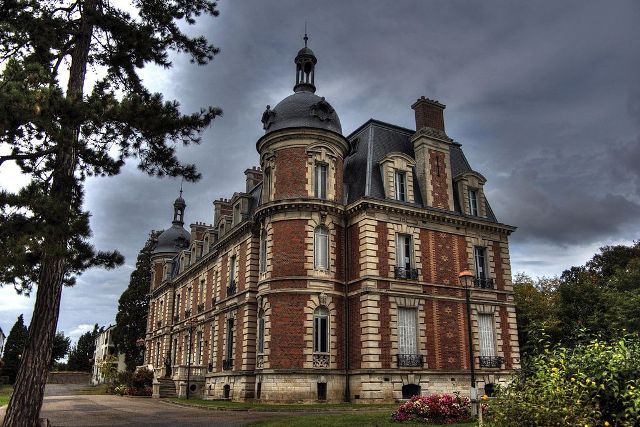 Location: Briare, in the Loiret departement of France (Centre Region).
Built: 1885.
Condition: In good condition.
Ownership / Access: --
Notes: Château de Trousse-Barrière is a French castle in Briare in the Loiret and the region Centre-Val de Loire.There was originally an old farmhouse acquired by Hugues Cosnier for the needs of the construction of the Briare Canal Yver . Paul, son of Jean-Félix Bapterosses, leader of Briare enamel and director of the faience of Gien3 built this castle on land acquired between 1885 and 1890. Made of brick and stone like his "cousin" Castle Beauvoir, it has two round corner towers . the dining room is decorated a renaissance coffered ceiling and there are stained glass windows painted by Henri Harpignies, familiar to Jean-Félix Bapterosses6 and a monumental painting of the same Harpignies, given to the city by the daughter of Mr. Yver . Today ' hui, it belongs to the city of Briare which uses as an exhibition center and artists' residence.

How To Get To Château de Trousse-Barrière (Map):