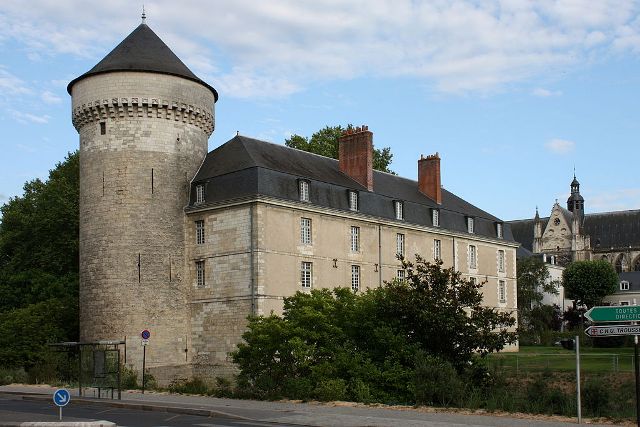 Location: Tours, in the Indre-et-Loire departement of France (Centre Region).
Built: 11th century.
Condition: In good condition.
Ownership / Access: Owned by the municipality.
ISMH Reference Number: PA00098260
Notes: Château de Tours, in Indre-et-Loire, is located along the Loire in the oldest quarters of Tours, near the Saint Gatien cathedral, built on the remains of the ancient city whose Tours originated. Notwithstanding the extent of its foundation partially revealed by the excavations of the 1970s, it is the very modest traces of a medieval castle Count the eleventh century, as it was modified and enlarged in the thirteenth century and fifteenth century when it acquires status of royal residence. Almost completely destroyed in the eighteenth century, its two remaining towers are accommodated with a new building used by the army from the Revolution. After serving as a barracks, it is in this singular configuration that is rescued from oblivion and restored in the second half of the twentieth century. It is the subject of a partial classification as historical monuments since August 20, 1913, the other party enjoying a registration in the inventory on 21 November 1973. It now houses cultural and heritage activities.

How To Get To Château de Tours (Map):