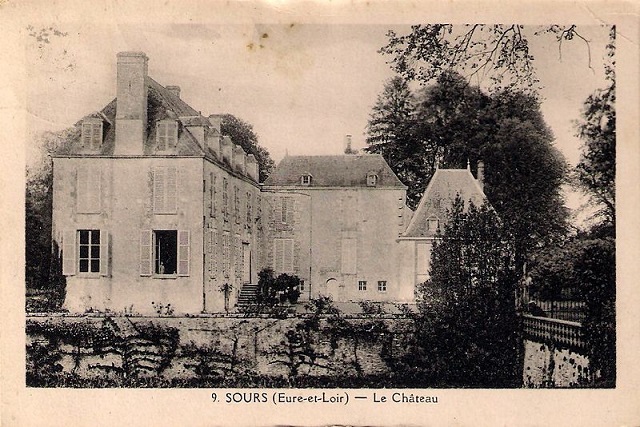 Location: Sours, in the Eure-et-Loir departement of France (Centre Region).
Built: 13th century.
Condition: --.
Ownership / Access: --.
Notes: The park of the "château de Sours" or the "château de la Vallé" according to the map of Cassini, or the "château de l'Aval" is an area of 17 hectares wooded and irrigated housing a castle located in the French town of Sours, in Eure-et-Loir. The construction of the current building and the development of the park date back to 1653. The castle has been listed since 1987 in the inventory of the Regional Conservation of Historical Monuments. It was probably the place of the decisions of the treaty of Bretigny and was built like a great domain of hunting and fishing for the knights and lords of Montigny. Its private part is always used as such. Its large park, divided into two parts, public and private, is the place to live an interesting sedentary and occasional fauna, often prized by hunters and fishermen. The estate includes a farm, still in operation, operated by a cereal farming company.