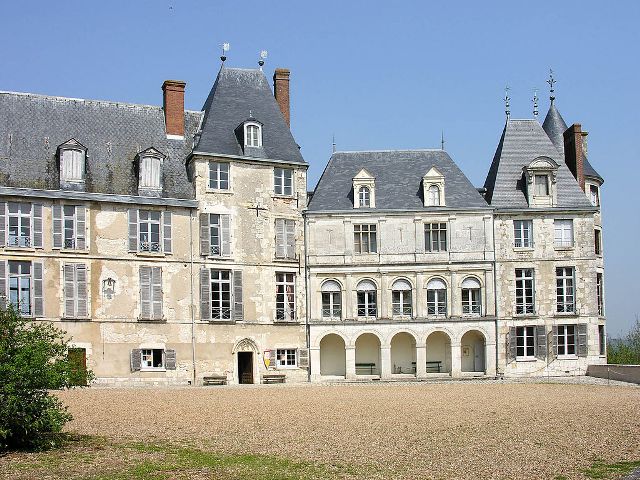 Location: Saint-Brisson-sur-Loire, in the Loiret departement of France (Centre Region).
Built: 13th century.
Condition: In good condition.
Ownership / Access: Owned by the municipality.
ISMH Reference Number: PA00099002
Notes: Château de Saint-Brisson is a French castle in Saint-Brisson-sur-Loire, in the Loiret region in Central Loire Valley. The borders of Berry and the gates of Orleans, overlooking the left bank of the flood plain of the Loire, dried up at the opening of the side channel of the Loire in the late nineteenth century in the nearby town of Saint-Firmin -sur-Loire.The castle of Saint-Brisson is the Loire chateau located further upstream on the river.Construction of the castle began in the nineteenth century. It is then a fortress-palace built by Stephen II of Sancerre between 1210 and 1241. The family of Sancerre owns the castle until 1290. King Louis VI of France in 1135, besieged and partly ruined the previous building, then composed of a tower Romanesque mistress and palisades. In 1567, the castle becomes the property of the family Séguier. It is then converted into residential dwelling. The castle was bequeathed to the town of Saint-Brisson-sur-Loire in July 1987 by Anne Ranst Berchem. An association, the Friends of the Castle of Saint-Brisson (ACSB) is created to restore the castle in state and organize animations and guidées visits. In 2015, the City of Saint-Brisson-sur-Loire voting board selling the castle to Lancelot Guyot through his company, "All the castle," manager of the castle of La Ferte-Saint-Aubin, for the sum of € 500,000. Reopening the public site is programmed for 2016.

How To Get To Château de Saint-Brisson (Map):