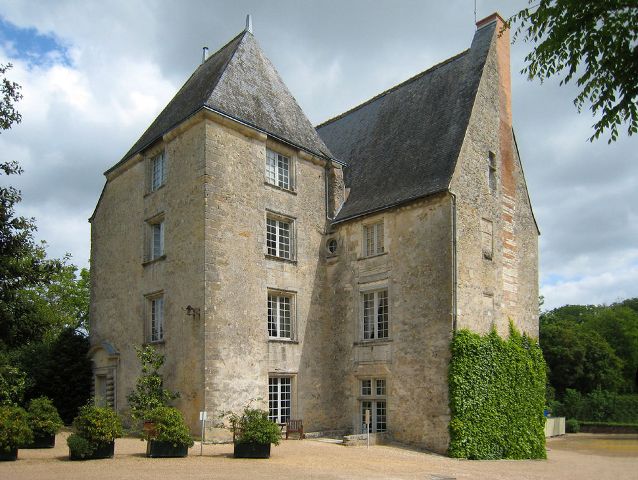 Location: Saché, in the Indre-et-Loire departement of France (Centre Region).
Built: 15th century.
Condition: In good condition.
Ownership / Access: Owned by the department.
ISMH Reference Number: PA00098051
Notes: Château de Sachéis a house of the French Renaissance brought up to the nineteenth century by its then owner, John Margonne, who often received Honoré de Balzac. It is located in the municipality of Sache located west of Tours. From 1825 to 1848, Balzac made a dozen trips and finds silence and austerity, far from the turmoil of Parisian life and financial worries, allow it to work twelve to sixteen hours a day. The castle houses a museum dedicated to the writer since 1951. The castle is listed as historical monuments since May 11, 1932. Inside, Balzac's bedroom and large living room are classified as historical monuments since 1968, and the dining room and painted decoration from paper 1983.

How To Get To Château de Saché (Map):