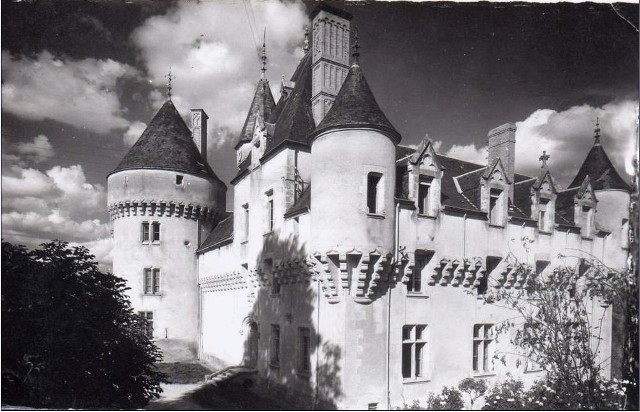 Location: Le Malesherbois, in the Loiret departement of France (Centre Region).
Built: 14th-19th century.
Condition: --
Ownership / Access: --
Notes: Château de Rouville is a French castle from the late fifteenth century on the territory of the town of Malesherbes in the Loiret and the region Centre-Val de Loire. Castle Rouville was built in 1492 by Hector de Boissy, Grand baker of the king of France Charles VIII, on the ruins of a fortress dating from the ninth century. Around 1580, the building became the property of the Will Rouville Italian family and was bought in 1846 by the family d'Aboville, the year it was restored by architects Squire and Lavenant. By 1863, the castle was renovated under the leadership of Ernest and Alphonse Gabriel d'Aboville by architect Magne in a Neo-Renaissance. The castle, its outbuildings and grounds, are subject to a registration as a historic monument since August 30, 2001.