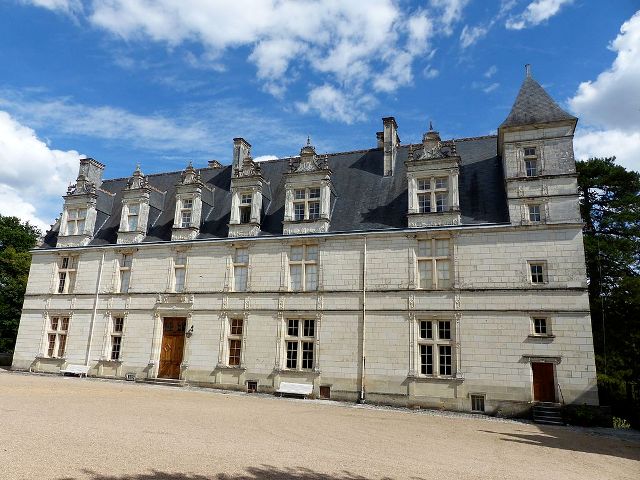 Location: Athée-sur-Cher, in the Indre-et-Loire departement of France (Centre Region).
Built: 16th century.
Condition: In good condition.
Ownership / Access: Privately owned.
ISMH Reference Number: PA00097534
Notes: Château de Nitray is located in the municipality of Athée-sur-Cher, in the Indre-et-Loire department. The castle is the subject of a registration as a historic monument since December 17, 1947.The Castle was built in the sixteenth century to replace an old castle, probably of the thirteenth century. Sponsor is Aimery Lopin, master of requests Louise de Savoie. Castle Nitray is characteristic of the Renaissance. Seventeen families succeed since its construction, including Empire of the family of General Jean Jacques Liébert, from 1807 to 1922.The castle consists of a main building of the sixteenth century west-east oriented. On the east side, overlooking the gardens on the west side of the courtyard. South of the courtyard, a small pavilion oldest dated fifteenth century as the common building that limits the courtyard to the west. The access door to the courtyard is flanked by two towers, including the lunch turned into chapel. Northwest, a lordly dovecote complete the set. Inside, the turntable ladder is in excellent condition. Common are dated fifteenth century, on the ground floor stables that could accommodate up to 7 horses turn into the locker room and winery has been operating for at least 250 years. The AOC Touraine Nitray of vineyards are vinified by the owner. Upstairs, the reception rooms can accommodate up to 200 people.

How To Get To Château de Nitray (Map):