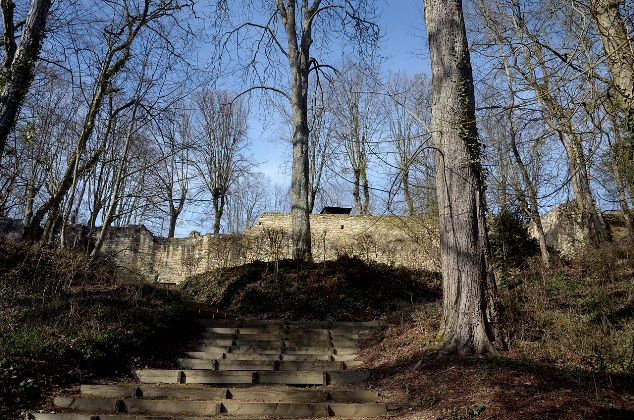 Location: Saint-Amand-Montrond, in the Cher departement of France (Centre Region).
Built: 13th century.
Condition: Ruins.
Ownership / Access: --
Notes: Château de Montrond in the municipality of Saint-Amand-Montrond, was built in the thirteenth century (first mention in 1225) by Renaud de Montfaucon.Originally a simple feudal fortress atop Mount Rond (hence its name), small hill between the Cher and Marmande, at the foot of which grew the town of Saint-Amand Montrond as it is taken 1361 by the English during the hundred Years war. It was rebuilt in the following century by Charles II of Albret. It includes twelve towers at the time of enclosure and a high tower of 40 meters and 16 meters in diameter. Despite its decision in 1361, its subsequent resistance to British companies demonstrates its defensive value.