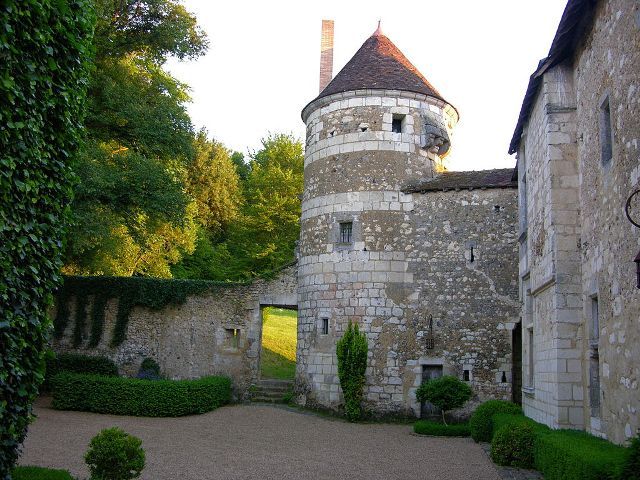 Location: Bonneveau, in the Cher departement of France (Centre Region).
Built: 20th century.
Condition: In good condition.
Ownership / Access: --.
Notes: Château de Matval is a building of the thirteenth and fifteenth centuries, Bonneveau located in the Loir-et-Cher. Included in the inventory of historical monuments, facades and roofs are protected by order of 18 October 1971 and the castle entirely by order of 8 April 2009.The castrum Merovingian, named Matoval, was destroyed by the Normans in the tenth century. Merovingian domain was founded in the sixth century by King Childebert I, son of Clovis. The little son of Charlemagne comes a time to take refuge there. In 1459, the fief was given to John, bastard of Louis de Bourbon de Vendôme, and the current castle was built by the powerful Counts of Vendôme Bourbon, ancestors of the branch of King Henry IV who belong Castle.Under Louis XIV, the Marquis de Louvois, his famous war minister, in fact his home before then succeed each major characters whose housekeeper at the Aiglon. The Matval site is also recognized as the land of birth of "Reinette du Mans". Indeed, the owner, Childebert I, who reported Spanish transplants apple, sowed himself in his park, giving life to what would become the most famous apple France. It is said that reinettes Le Mans were baptized in honor of the two daughters of the king: the "Réginettes".