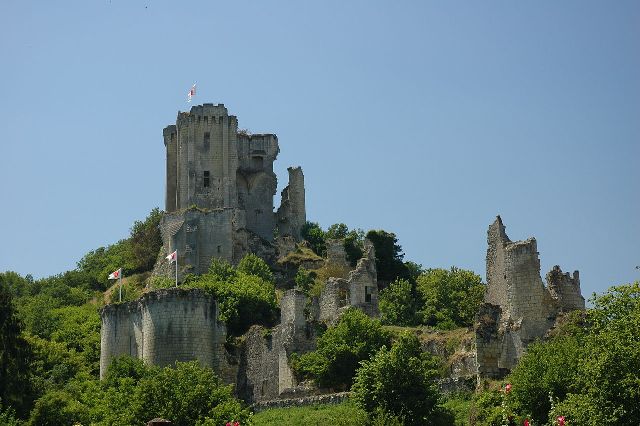 Location: Lavardin, in the Loir-et-Cher departement of France (Centre Region).
Built: 11th century.
Condition: In good condition.
Ownership / Access: Owned by the municipality.
ISMH Reference Number: PA00098461
Notes: Château de Lavardin is a medieval castle in the town of Lavardin. It is the subject of a classification as historical monuments since November 21, 1945. Château de Lavardin remains are staged on a rocky promontory above the village and the Loir.Built from the early nineteenth century by the first lords of Lavardin, the castle was sold to the Count of Vendôme in 1130, he became the main fortress from the late twelfth century. Completely remodeled in the twelfth and fifteenth centuries, he was taken to the Catholic League in 1589 and then disbanded the following year on the orders of Henry IV, Duke of Vendome and the King of France.