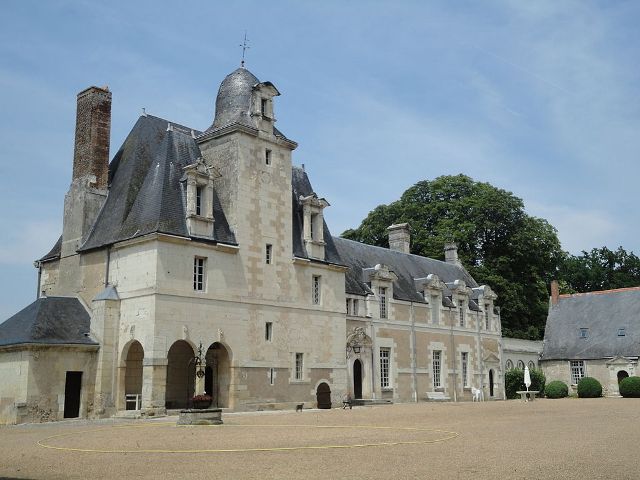 Location: Reugny, in the Indre-et-Loire departement of France (Centre Region).
Built: 16th century.
Condition: In good condition.
Ownership / Access: Privately owned.
ISMH Reference Number: PA00097941
Notes: Château de La Vallière is a building of the sixteenth and seventeenth centuries registered as historical monuments since 1977. Built on the site of a fortress of the fourteenth century, it overlooks the village of Reugny, in the department of Indre-et-Loire, on the hillside of the left bank of the Brenne.La Valliere was a stronghold which fell under the lordship of Rochecorbon. Owned in the early sixteenth century by the family of Beaumanoir-Lavardin, it was acquired by Laurent de La Baume Le Blanc, Mayor of Tours in 1558. In 1650 the stronghold was erected in châtellenie for Laurent de La Baume Le Blanc, second name. In May 1667 the area was united to those of Vaujours, Castles and Saint Kitts and erected in duchy for Louise de La Baume Le Blanc, mistress of Louis XIV. Louise La Valliere's heirs succeeded until the Revolution, in the possession of the castle.

How To Get To Château de La Vallière (Map):