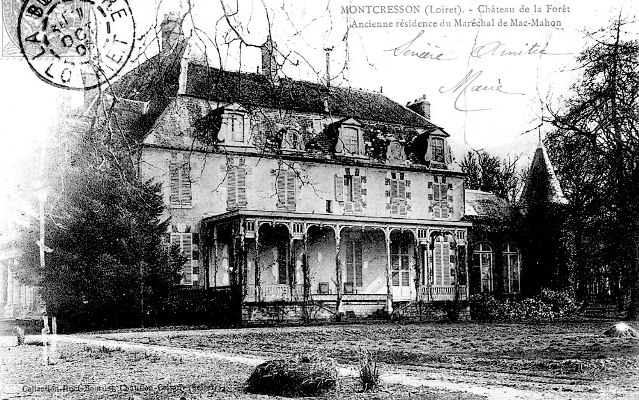 Location: Montcresson, in the Loiret departement of France (Centre Region).
Built: Rebuilt 16th century.
Condition: In good condition.
Ownership / Access: Privately owned.
ISMH Reference Number: PA00098826
Notes: Château de la Forêt or Forest Castle is a French castle in Montcresson in the department of Loiret and the region Centre-Val de Loire. It is the subject of a registration as a historic monument since 29 September 1986. Forest castle was rebuilt in the sixteenth century by the family of Boileau on the ruins of an older building. Machault family became owner in 1627 and retained nearly two centuries. Castries family bought it in 1842 and it passed by marriage to the Marshal MacMahon, Duke of Magenta, president of 1873-18793. The castle was the residence of Patrice de Mac Mahon, third President of the French Republic, who died there in 1893. The estate remained the property of his descendants.

How To Get To Château de la Forêt (Map):