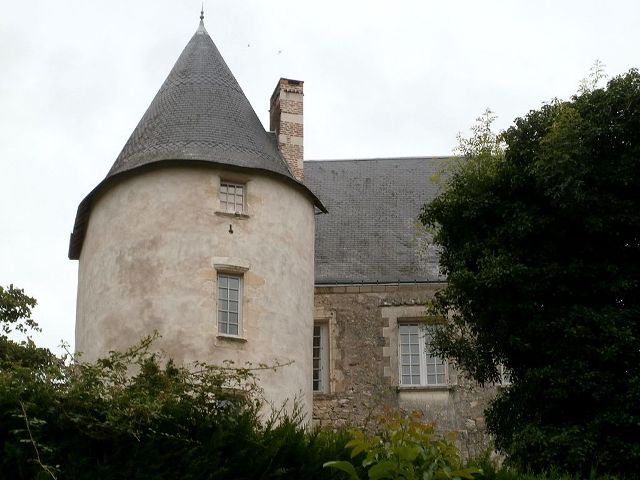 Location: Azay-sur-Indre, in the Indre-et-Loire departement of France (Centre Region).
Built: 15th century.
Condition: In good condition.
Ownership / Access: --
Notes: Château de la Folaine (there is also the spelling "Follaine castle") is a Renaissance manor, built in the fifteenth century near the village of Azay-sur-Indre in Indre-et-Loire. It is the subject of a registration as a historic monument since September 14, 1949.The Folaine the fifteenth century was a stronghold of Chapter of Loches. In 1586 the manor became a viscount. Since its construction, the manor passed into the hands of many different owners whose family of Cardona, who gave a time to Azay-sur-Indre his name: Azay-le-Cardonne. In 1789 he jointly owned by Lafayette and his cousin Thibault de Lusignan; It was then confiscated as state property. After the Revolution, one of the owners tried unsuccessfully to introduce the cultivation of mulberry and breeding worm soie4. After being abandoned in the early 1960s, the mansion was restored by its owners from 19755. Local tradition has it that the name "Folaine" or "Follaine" comes from that at the thirteenth century, the mansion was inhabited by a mad child after seeing a murder before his eyes; they referred to her as "the crazy one" or "the little Follaine".