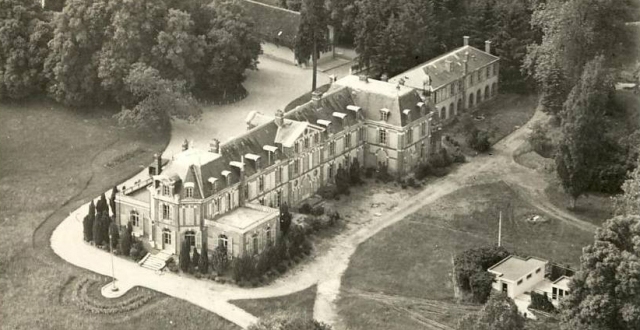 Location: Douchy, in the Loiret departement of France (Centre Region).
Built: 19th century.
Condition: In good condition.
Ownership / Access: Privately owned.
ISMH Reference Number: PA00098767
Notes: Château de la Brûlerie is a former French castle in Douchy, in the Loiret department in the Centre region. The castle was destroyed in the 1970s.The castle was located in the area of Brûlerie located on the territory of the town of Douchy, near the main road 35, in the natural region of Gâtinais.After leaving Vaucouleurs, Jeanne d'Arc spent the night of 27 to 28 February 1429 in an old castle on the field of Brûlerie. In 1808 the castle was bought by Auguste-Jean-Gabriel de Caulaincourt, French officer of the French Revolution and the First Empire. Barthélémy Legendre, estate manager, was shot with a rifle shot by a poacher in the castle grounds 24 January 1885 The count of Neverlée Mayor Douchy, died in his castle in November 1891. The VIP lounge and paintings, restored in 1920, are included in the inventory of Historic Monuments 10 December 1948. During World War II, July 8, 1944, five bombs château7 reach the park.The actor Alain Delon bought the estate in 1971.