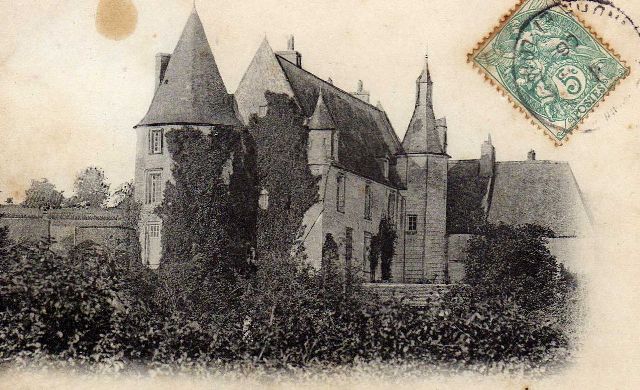 Location: Genillé, in the Indre-et-Loire departement of France (Centre Region).
Built: 15th-17th century.
Condition: Ruins.
Ownership / Access: Privately owned.
ISMH Reference Number: PA00097764
Notes: Château de Genillé is a former stately home situated in the municipality of Genillé in the Indre-et-Loire department It was built in the fifteenth century by the lords of the place and enlarged in the following centuries.It is in 1483 that Adam Smoke, physician and advisor to several kings of France, retires on the lordship of Genillé he just acheter. It is very likely at this time that the castle is construit; it then consists of a stately home, another building and a leak. Smoke Adam had installed in the house deemed a library to then be one of the most beautiful Europe. The stately home is enlarged in the sixteenth century; in the seventeenth century, a wing back is affixed north of its façade4 by the family of Menou, who had acquired the castle by marriage in 1602 and who retained the property until 1840. In 1901, the castle is owned by Anthyme Venier Mayor Genillé since 1871.

How To Get To Château de Genillé (Map):