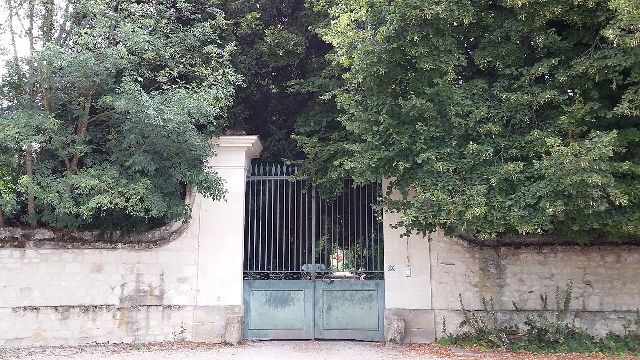 Location: Beaumont-en-Véron, in the Indre-et-Loire departement of France (Centre Region).
Built: 14th century.
Condition: In good condition.
Ownership / Access: Privately owned.
ISMH Reference Number: PA00097573
Notes: Château de Détilly is located in the municipality of Beaumont-en-Véron in the Indre-et-Loire department, in the hamlet of Détilly. The castle entrance gate is the subject of a registration as a historic monument since 14 September 1949.1 It also contains a chapel and outbuildings in addition to the manor house.Castle Tilly, or Destilly is built on the site of a villa then named the tenth century Destilliacus. Subsequently, the villa became a lordship under royal authority because of its proximity to the castle of Chinon. In 954, the land belonged to Joseph II, Archbishop of Tours, who presumably had a hunting lodge. He later gave to Gombaud, first lord known Destilly. After him it passed to Brizay in 1200, then in the hands of the Valory family in 1466. She finally returned to Adam Hodon in 1555 then Beaudouin Champagne that year. Claimed under the power of redemption right in 1560 by Philippe Valory, it recovered the area that remained the property of his descendants until the mid-eighteenth century. In 1562, Gabriel, comte de Montgomery stormed the fortress, the plundered and burned, killing the same time the garrison and the inhabitants refugees. More than 400 people died, including two children of the lord of the castle of Chinon. Following these events, the castle was rebuilt on the ruins to adopt its current form. Note the monumental gateway leading to the stone courtyard. At entablature, flanked by two wings and crowned by a triangular pediment, appeared two faces that were hammered and were probably struck the arms of Valory. It was this ark that was classified as a historic monument.