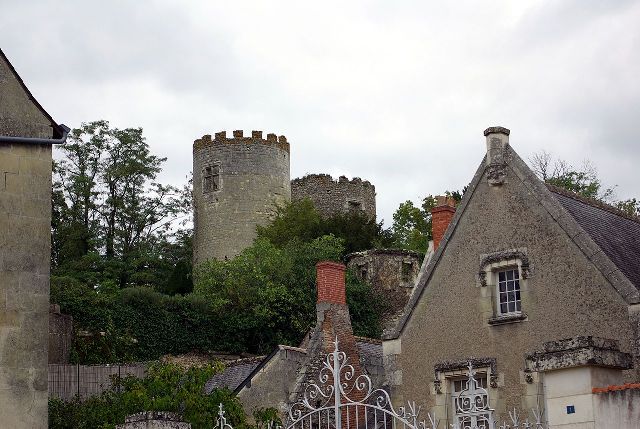 Location: Chinon, in the Indre-et-Loire departement of France (Centre Region).
Built: 12th century.
Condition: Ruined.
Ownership / Access: Privately owned.
ISMH Reference Number: PA00097698
Notes: Château de Cinq-Mars is located in the municipality of Cinq-Mars-la-Pile in the Indre-et-Loire department.Since April 27, 1976, the remaining two towers and moat with their bridge are subject to a classification as historical monuments, while the facades and roofs of the old common and the remains of the enclosure are the be recorded as historical monuments.

How To Get To Château de Cinq-Mars (Map):