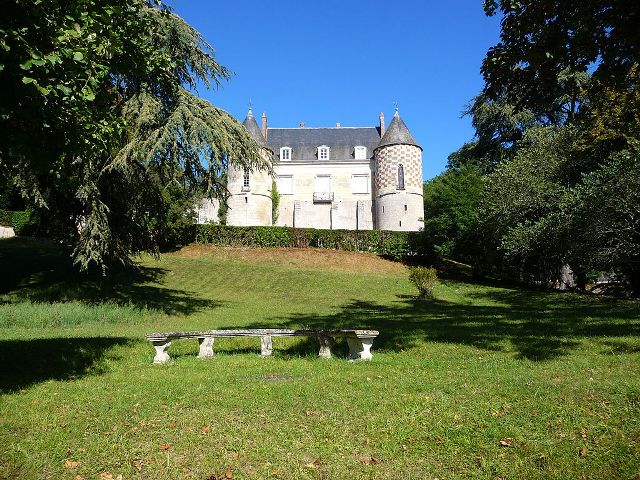 Location: Fondettes, in the Indre-et-Loire departement of France (Centre Region).
Built: 15th century.
Condition: In good condition.
Ownership / Access: Owned by a Private company.
ISMH Reference Number: PA37000022
Notes: Château de Châtigny Chatigny Fondettes is located in Indre-et-Loire, on the hillside overlooking the Loire Valley. It is the subject of a classification as historical monuments since 2006.Chatigny Castle was built in 1487 on the remains of a Gallo-Roman villa which still constitute the foundations of the castle south over 4 meters in height. The ruins of other Gallo-Roman buildings are visible west of the courtyard with the remains of an indoor pool, an outdoor pool, a hypocaust and mosaic floors that have been entrusted to the Archaeological Museum Touraine. Quality proven by mosaics from distant stones (Asia, Italy and the Pyrenees), the quality of the drawings and the importance of technical systems is evidence of the achievement of a level of comfort (swimming pools, central heating ... ) and extremely high richness in the third century. Given the importance of these facilities, some authors have suggested the presence of public baths to the extent that this villa was located along the Roman Road Tour - Saumur. First conceived as a defensive stronghold, the castle dominates the hillside north of the Loire upstream of the fortress of Luynes. It was the successive property of several mayors Tours the fifteenth and sixteenth centuries, including Jacques de Beaune. Abandoned in the eighteenth century, it was almost razed are so dilapidated state had advanced. Fully restored in 1855 by the Duke of Ulceda and Escalona, ​​the castle took on a new look with new windows to replace defensive original windows and new common. He has since calling a private residence with the exception of a few years during the Second World War during which he hosted a nursing home. Roman ruins, the park and around the castle are open to the public 40 days per year in July, August, September.

How To Get To Château de Châtigny (Map):