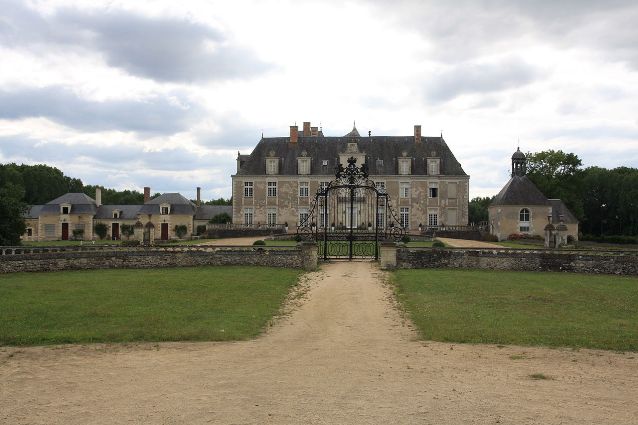 Location: Cléré-les-Pins, in the Indre-et-Loire departement of France (Centre Region).
Built: 14th century.
Condition: In good condition.
Ownership / Access: Privately owned
ISMH Reference Number: PA00097708
Notes: Château de Champchevrier is a castle in the Loire private and located in the municipality of Cléré-les-Pins 25 km west of Tours and 15 km north of Langeais.At the heart of a wooded harmoniously, Champchevrier Castle is a historic castle inhabited by the same family since 1728, heir to Jean-Baptiste Pierre Henry of the Rue du Can, Baron Champchevrier in 1741, and that still resounds from his royal past. In the Middle Ages, a fortress was built on this site, attested from 1109. On its ruins in the sixteenth century, there arose a Renaissance style pavilion which can still today distinguish the features mullioned windows. Louis XIII lived there a few days in 1619. Later, on the northeast front, we added to it an eighteenth century building and the terrace was built. The site was listed building in 1945 and the castle was classified with outbuildings and park in 1975.

How To Get To Château de Champchevrier (Map):