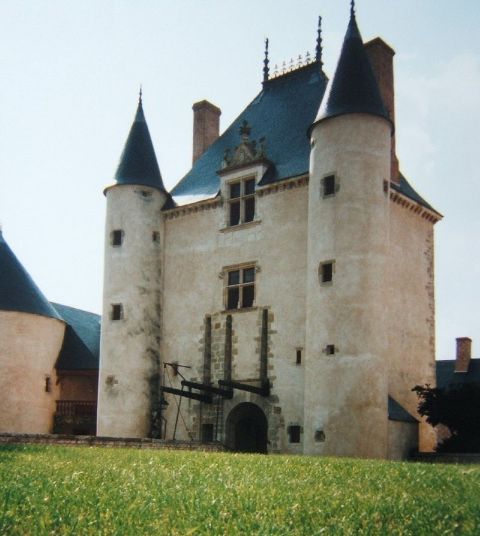 Location: Chilleurs-aux-Bois, in the Cher departement of France (Centre Region).
Built: 16th century.
Condition: In good condition.
Ownership / Access: Owned by the department.
ISMH Reference Number: PA00098753
Notes: Château de Chamerolles is a French Renaissance castle located in Chilleurs-aux-Bois, in the Loiret region Loire Valley. It is the subject of a classification as historical monuments since 1927 and an inscription from 1988. It is part of the Chateaux of the Loire.The castle was built during the first half of the sixteenth century by Lancelot I du Lac, chamberlain of King Louis XII of France and Bailiff of Orléans in the reign of King Francis I, on the site of a former stronghold. It preserved the traditional form of medieval fortresses but was designed as a residential castle. In the sixteenth century, under Lancelot II (grand-son of Lancelot I) which rallied to Protestantism in 1562, Chamerolles is distinguished by hosting a Protestant church in one of his plays. The castle became a center of the Protestant religion in the region. In 1672 Chamerolles belongs to Jacques Saumery in-law of Jean-Baptiste Colbert, minister of Louis XIV. He is a governor of the Royal Castle of Chambord and county of Blois, armed marshal.

How To Get To Château de Chamerolles (Map):