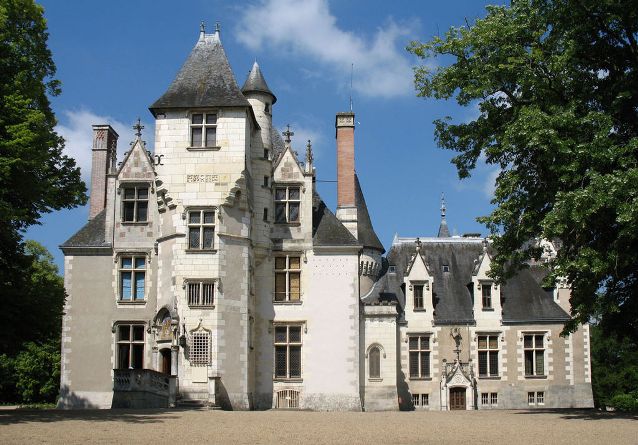 Location: Monts, in the Indre-et-Loire departement of France (Centre Region).
Built: 14th century.
Condition: In good condition.
Ownership / Access: --
Notes: Château de Candé is located in the municipality of Monts, in Indre-et-Loire, 10 km south east of Tours on the banks of the Indre. The first lord of Cande identified is called Mace Larçay (1313). In the early sixteenth century, Francois Briçonnet, Mayor of Tours (1 November 1499-30 October 1500) and Master of the House to the King of Pentacles, built a Renaissance pavilion at the site of the former fortress. He died before completing the work, completed by his daughter, Joan, in 1508. On the death of Fern in 1972, the castle was bequeathed to the state that the surrender in 1974 the General Council of Indre-et -Loire. The domain name would come from a Gallic etymology meaning "confluence". Indeed, several streams through the area and one of them, the St. Lawrence River, flows into the Indre.

How To Get To Château de Candé (Map):