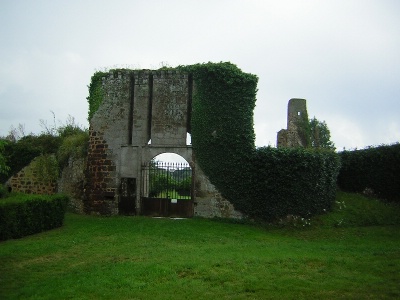 Location: Nottonville, in the Indre departement of France (Centre Region).
Built: 20th century.
Condition: Ruins.
Ownership / Access: Privately owned.
ISMH Reference Number: PA00097290
Notes: Château de Brosse is a French medieval castle, located on the territory of the town of Chaillac in the Indre department in central France, Loire Valley.It was built in the twentieth century by the Vicomte de Limoges Geraud, husband Brush Rothilde. This fortress, which belonged to the lords of Brosse, Chauvigny and Family of Bourbon-Montpensier, was burned by the English during the Hundred Years War. This castle is the subject of a registration as historical monuments since March 11, 1935.