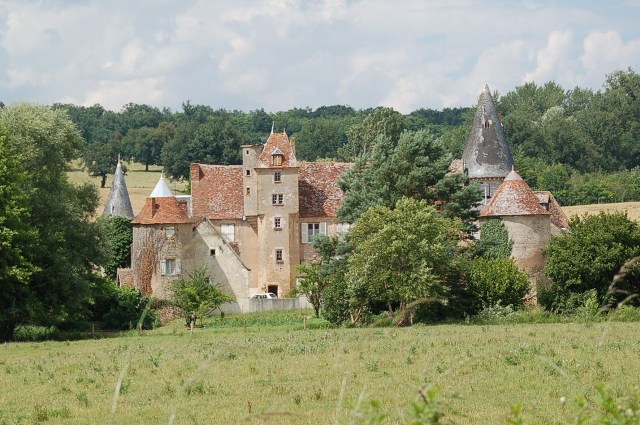 Location: Coust, in the Cher departement of France (Centre Region).
Built: 15th century.
Condition: Ruined.
Ownership / Access: --
Notes: Château de Bonnais is a castle located in the town of Coust, in Cher in France. The castle dates mainly from the late fifteenth century. It is built on a square plan and has six towers, four corner towers, one housing a pigeon. In the middle of the front view of the inside of the courtyard, the staircase is housed in an octagonal tower returned to the square in its upper part by corbels include this model including the castles of Gien and Jallanges . Access to the upper floors of the latter is done by a round turret based on cul-de-lamp ogee. There is a hanger portal Louis XIV style and attributed to the seventeenth century in the West. The Chignon creek rises in the moat of the building, it fed, along the moat of the old Castel de Saint-Amand-Montrond. One wing of the castle now houses a country cottage.

How To Get To Château de Bonnais (Map):