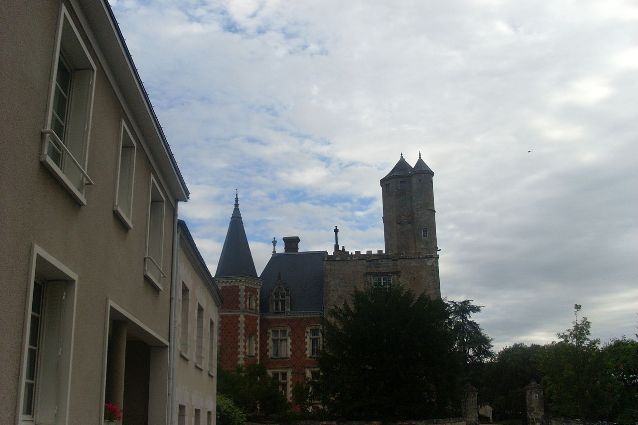 Location: Château de Beaumont-la-Ronce, in the Indre-et-Loire departement of France (Centre Region).
Built: 13th century.
Condition: In good condition.
Ownership / Access: Privately owned.
ISMH Reference Number: PA00097578
Notes: Château de Beaumont-la-Ronce of Beaumont-la-Ronce is located in the municipality of Beaumont-la-Ronce, in the Indre-et-Loire department.The castle belonged to the same family since the seventeenth century. Ronsard sang the square tower of the thirteenth century. It was later redesigned and lost a very floor and walkway. In this dungeon, was added in the sixteenth century a tower eight "sides" brick. In 1691, Claude Bonnin of Bonnière acquired Beaumont which was erected in marquisate in 1757. Between 1874 and 1880, the Beaumont Castle were added to a wing like the Louis XII, under the direction of Gustave Guerin, Charles Guerin and his son architects in Tours. Peter Beaumont, current owner is a direct descendant. The monument is the subject of a registration as a historic monument since September 14, 1949.

How To Get To Château de Beaumont-la-Ronce (Map):